Relationships:
Girlfriend: !!!! (Four)
Pet / child: Tigertail
Friends: The Doctor, Wilbur
Fern is a quiet cat who loves anything plant related, he runs a moderately popular blog dedicated to botany, and posting about his own plants. He keeps so many plants around the apartment. He's interested in how plants could potentially be used to create new kinds of green technology, he cares a lot about the environment and Earth's health.
Occasionally he does plant experiments !!
He has stuggled a lot with mental health, especially when he was in his 20s, but he's found ways to better cope with it and is in a much better place, mentally.
He's generally a pretty chill cool dude, but can be somewhat oblivious most of the time.
Fern also likes video games, his favorites are platformers. He pirates any game he owns.
Four and him are in a small band where he plays bass guitar, he's really good at it. He writes most of the lyrics for their songs as well. His favorite kind of music is that old school rock and roll
Tigertail destroys a lot of Fern's plants, chews them, eats them, knocks the pots over, it's the most destructive cat ! Fern loves Tigertail but this shit is really testing his patience.
Always tired, he seems to live off of coffee.
Winter is his favorite time of the year, which is kind of ironic given his love for plants. But winter can offer a totally different unique perspective for plant life that's around at that time of year, he appreciates it.
His favorite food is eggs, Four hates that. 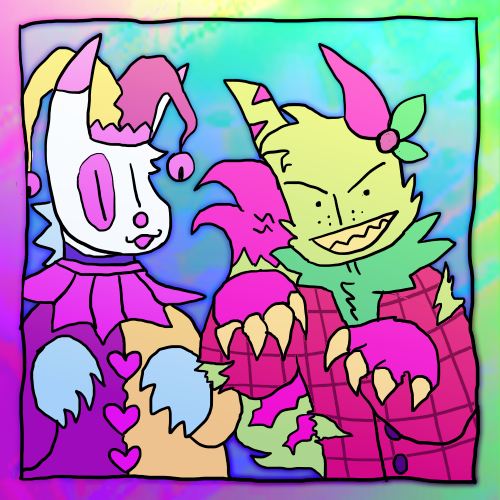