Relationships:
Coworker Cherry
Friends: Fern, Ugly Bug
Enemies: !!!! (Four), Tigertail
The wannabe mad scientist, but for now he's limited to being your everyday vet, and physician. he often takes out his anger on his patients. He seems to always be the doctor .....
He has a secret lab hidden inside of the clinics he works at. Where he does all of his evil, outlandish, experiments.
Besides this he's a really sweet guy, but he'd never admit to it.
Outside of his job he is really interested in film, specifically horror. He even makes his own movies, and has a large collection, he's been making them since highschool, he was a theatre kid back then, but was kinda disdainful towards it.
He has a French accent, and his actual hair color is purple, not green.
After meeting Four and Tigertail he becomes interested in learning and studying what Tigertail is, he's never seem creature like it. He tries to steal Tigertail a lot, as you could guess it causes a lot of problems.
Don't worry that's not actually blood on his sweater
Four and Louis hate eachother, for several reasons. And to Four's annoyance, Fern and Luois are actually pretty good friends. 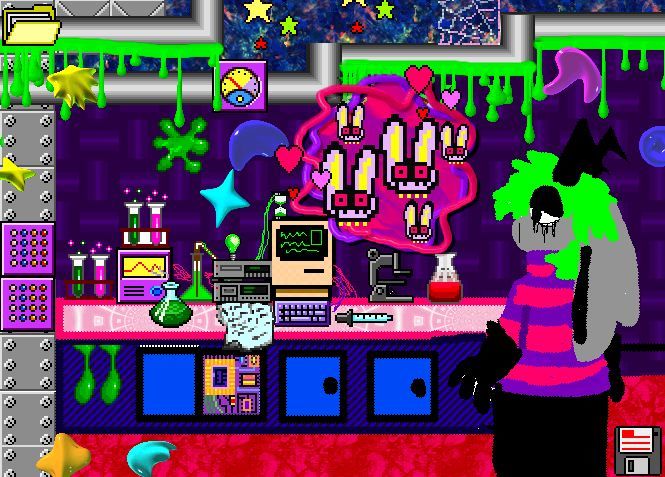